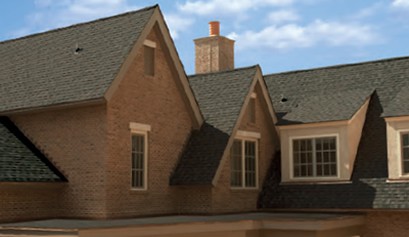 Landmark Solaris is a steep-slope, solar reflective asphalt roofing shingle which contains advanced colored granules that reflect the suns rays and can reduce a roofs temperature by as much as 20% in the summer.

With Landmark Solaris PLATINUM, you get a fresh, bright color palette but with an industry-leading solar reflectance value of over 40%.

Landmark Solaris – An industry-leading solar reflectance value of over 40%

Using cool roofing technology has been recognized as one of the easiest, most cost-effective ways of lowering energy consumption. But until now, going green meant going white.

While white is naturally reflective, Landmark Solaris Collections innovative technology puts color where white used to be and produces a shingle that reflects solar energy.